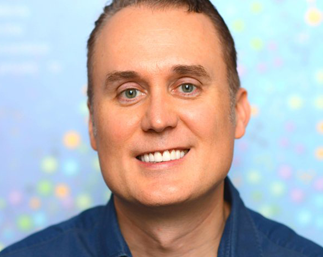 Brett Hurt
is the CEO and co-founder of data.world, a Public Benefit Corporation (and Certified B Corporation) that is the platform for modern data teamwork and the world’s largest collaborative data community.  data.world's modern catalog for data and analysis wakes up the hidden data workforce within every company, unifies silos, and creates data-driven cultures faster.  In 2017, 2018, and 2019, data.world was honored on the “Best for the World” list by B Lab, placing the company in the top 10% of all B Corps globally.  Brett is also the co-owner of Hurt Family Investments (HFI), alongside his wife, Debra.  HFI are involved in 93 startups, 29 VC funds, and multiple philanthropic endeavors.

Brett co-founded and led Bazaarvoice as CEO, through its IPO, follow-on offering, and two acquisitions. Bazaarvoice became the largest public SaaS (Software as a Service) business in social commerce and was named by the WSJ as one of the top IPOs of 2012. Brett also founded and led Coremetrics, which was rated the #1 Web analytics solution by Forrester Research and, like Bazaarvoice, expanded into a global company and leader. Coremetrics was acquired by IBM in 2010 for around $300m.

In 2017, Brett was given the Best CEO Legacy Award by the Austin Business Journal.  He is a Henry Crown Fellow and Braddock Scholar at the Aspen Institute.  Brett began programming at age seven and doing so on the Internet at age eighteen.  He finished his free book, “The Entrepreneur’s Essentials”, in August 2019. 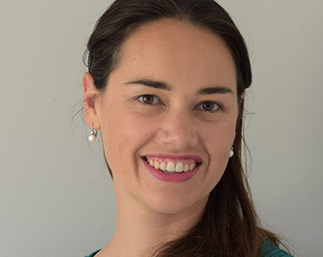 Michelle Hoogenhout Ph.D. is a senior data scientist/instructor at Galvanize Inc. She has worked within the areas of health and wellness monitoring and education as a researcher, analyst, and educator.  She received her Ph.D. in Psychology from the University of Cape Town and fellowship in neuropsychiatric genetics from Harvard School of Public Health. She has published on topics such as statistics and data management, data science training methods, ethics, and cognitive and physiological assessment. Lipika Ramaswamy is a data scientist at LeapYear Technologies. She designs and implements differentially private workflows in healthcare, financial services and technology products. Lipika is a graduate of Harvard University and Bryn Mawr College. Nancy Organ is a Data Visualization Developer in Customer Growth Analytics. Before coming to Microsoft in 2018 she worked as a data scientist for clinical trials in the Biostatistics Department at UW. She founded the Data Viz Jam Sessions Meetup group, which now has more than 2,000 members across Seattle and Montreal, in 2016. Alison Magyari is the Manager of the Global Business Analysis Team for the Business Intelligence Center of Excellence Team at Eaton. She also leads the Women Adding Value at Eaton (WAVE) employee resource group. Prior to joining Eaton, Alison worked as a Lead Analyst and Corporate IT Auditor for Sherwin-Williams. Alison has a certificate in Business Analytics from Harvard University Online, an MBA from Cleveland State University, and a BS in Business and Computer Information Systems from Lake Erie College. She is a PROSCI Certified Change Practitioner and is Microsoft Certified in Azure.

Chris Hilton With over 6 years’ experience working in startups in Los Angeles's Silicon Beach, Chris Hilton graduated UCLA with a degree in Psychology and built a startup in the Cannabis Industry. In leading his first company Chris realized that it was necessary to learn skills that were shaping the future of management. This is when he decided to attend the most qualified Data Science bootcamp, Galvanize. It took over a year for Chris to pass Galvanize’s Technical Interviews & join the December 2019 Data Science Immersive. While studying at Galvanize he also worked as a Breast Cancer Researcher in an AI lab at UCSF. After graduating Galvanize during the lockdowns that made our world remote; he reached out to various startups to explore opportunities to work with his new skills. Shortly thereafter he began working as the Chief Data Officer at Blast.io, a social messaging app and now works as the Host of The Tech Pivot Podcast at Galvanize.